Weymouth Museum is located in a grade II listed Victorian Brewery off Hope Square with its lively mix of cafes, bars and restaurants. The museum was originally founded in 1972 and moved to Brewers Quay in 1989 becoming part of the mixed retail, craft and food complex that had opened in the old brewery building.  Weymouth Museum Trust was established in 2010 to manage the museum (Charity No. 1143692). The museum is run entirely by volunteers with the aim of collecting, preserving and displaying artefacts relating to the history and cultural heritage of Weymouth. The area covered by the museum and from where it seeks donations to add to its collections stretches to Abbotsbury in the west, to Osmington on the east, and Bincombe to the north.

At present it occupies one large gallery displaying a wide and changing range of items including a Roman mosaic pavement, Tudor panelling, Georgian Weymouth, seaside souvenir china. It also aims to feature aspects of the old harbour and shipping, war-time Weymouth, the Black Death and ship models. It is hoped that eventually the museum will be part of a multimillion pound development to regenerate this historic part of Weymouth old town.

Within the museum there is a very active “Local History Centre” holding a wide range of research materials including original documents, maps, old photographs and postcards, cinema and theatre posters and programmes, electoral registers, and local history reference books. Microfilms of old records of the town, and local newspapers are also available in the Centre 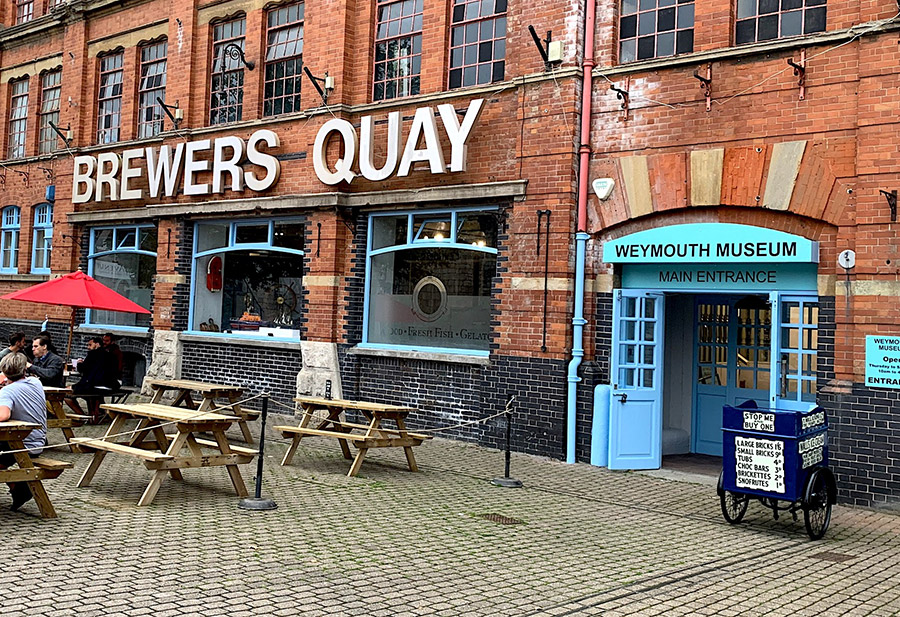