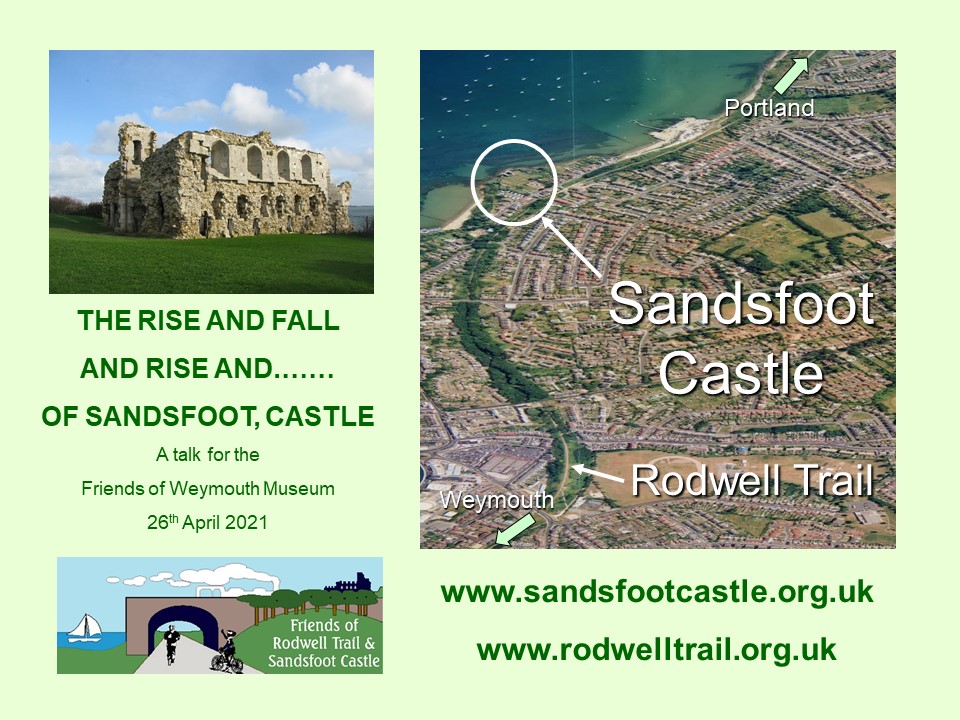 A ‘Teas and Talk’ special Zoom presentation by David Carter of the Friends of Rodwell Trail & Sandsfoot Castle about the history and current plight of Weymouth’s favourite ruin.
Sandsfoot Castle has often been in the news over its 482 year history, but not always for the best reasons.

Built for a threatened Tudor king from the remnants of a demolished abbey, its Military Service spanned 124 turbulent years with threats from both home and abroad.

After 26 years as a storehouse there followed 315 Neglected Years during which bits of it were recycled to the Town Bridge, and probably many local buildings, while it achieved iconic status as a tourist attraction for Royalty, locals and visitors alike.

Over a 5 year period the Friends of Rodwell Trail and Sandsfoot Castle in partnership with Weymouth and Portland Borough Council’s, Parks and Gardens Department the Castle was restored and reopened to all in 2012 to grandstand the sailing events of the Olympic Games.

It is acknowledged as one of England’s Scheduled Ancient Monuments but latterly has been on/off/on Historic England’s ‘Heritage at Risk’ register. Sadly the ever moving Jurassic Coast continues to threaten its very existence but hope is not lost as its new owners, Dorset Council, search for an affordable and practical answer to preserve Weymouth’s most photographed monument.