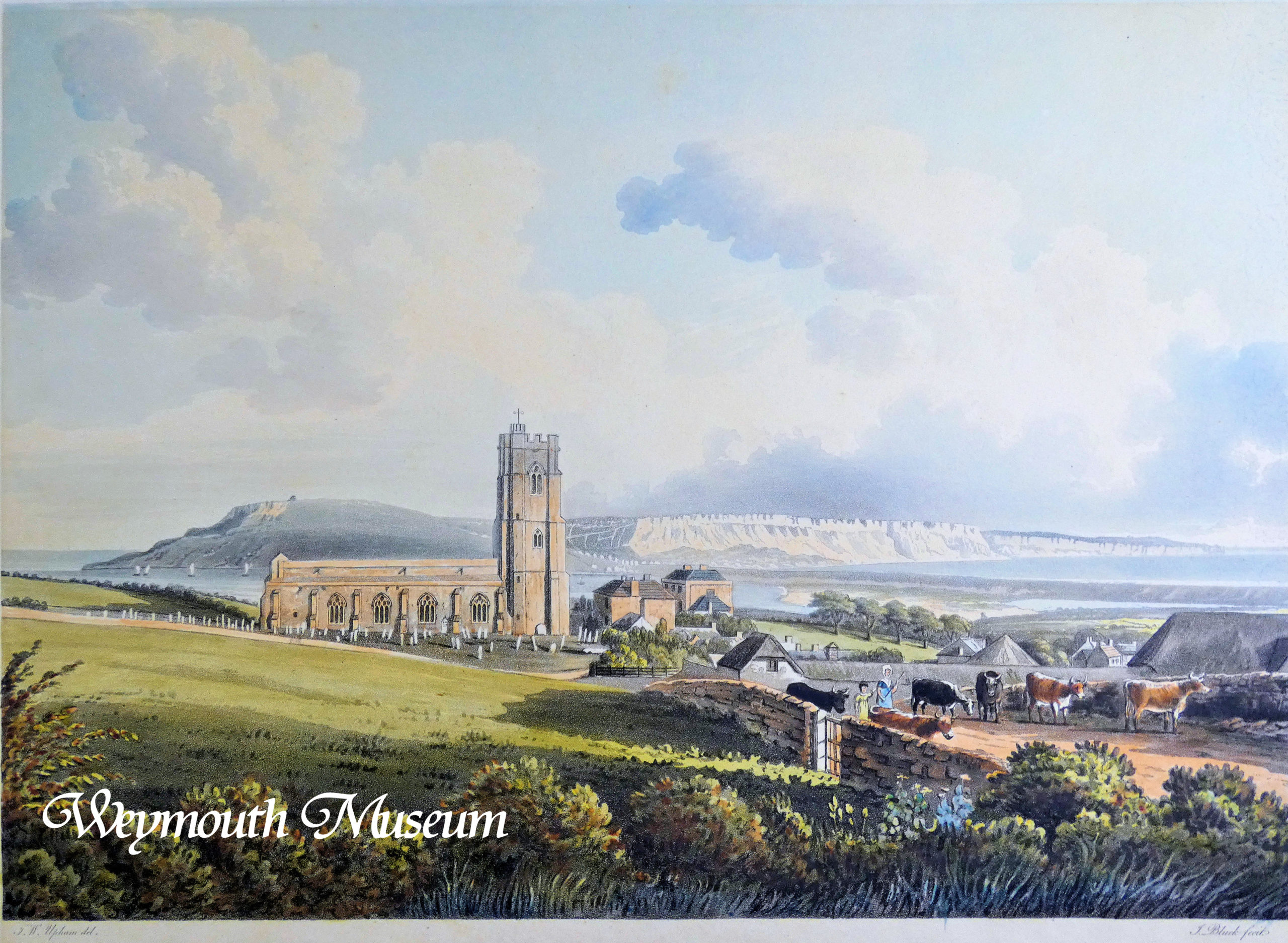 The watercolours and engravings of John William Upham (1772-1828) provide us with a superb pictorial record of the early 19th century around our local area.  This record is particularly important because of the draughtsman-like accuracy with which he drew the landscape and buildings.

He was born in Offwell near Honiton, the son of a John Ford Upham and his first wife Honor.  He was a pupil of Francis Towne who, although an obscure artist in his lifetime, is now recognised as one of the great watercolourists of that period. (The British Museum held a special exhibition of his work in 2016).

Upham moved to Weymouth in about 1800 where he taught at the National Schools, then in Great George Street.  He painted and published a large number of views particularly of Dorset and of his native Devon.  He exhibited at the Royal Academy from 1801 until 1812.

This wonderful engraving of Wyke Regis and Portland was published in 1821 and is part of the Museum’s Bussell collection.  It shows the churchyard of All Saints’ where he would later be buried.